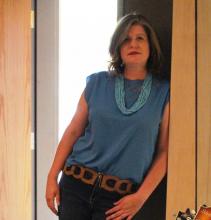 A WORD FROM OUR EXECUTIVE DIRECTOR

An section from a foundation report about the capital campaign

Youth on Record was in our infancy when we took on a capital campaign. We were on the verge of closing our doors, and we knew we had to make a bold move in order to gain the traction and support we needed to build our organization. We had a solid and inspired vision, and a talented and passionate – albeit small and under resourced – team of community activists and artists who were driven to build the nation’s first Youth Media Studio, which, in turn, would be an inspiration hub for music and advanced education for years to come.

So, in 2012, we leaped, feet first, into a world none of us had ever been to before. A capital campaign!

Our partnership with the Denver Housing Authority and their investment in our Youth Media Studio pushed us full steam ahead. Once that partnership was secured, we began slowly convincing people that we weren’t crazy (well, maybe a little), and that we might have a viable project on our hands.

We were told by a lot of people – capital campaign “experts,” nonprofit professionals, potential investors, and others –  that we were too young and too inexperienced to successfully complete a $2M capital campaign.

Had we listened to all of advice telling us to halt the campaign until we had capacity to take it on, I wouldn’t be sitting here, right now, writing this grant report in our completed Youth Media Studio, while 60 students and community members learn from the best musicians in the city.

Following “Best Practices” in our case would have hindered the movement of our project.

In short, I suppose the most meaningful lesson we learned is that a passionate group of people really can make change, so long as they are committed to the work, have faith in each other and a shared vision, work extremely hard, and refuse to take no for answer.