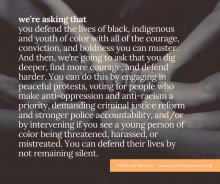 How to Value, Honor, Engage-with and Defend the Lives of Black, Indigenous, and Youth of Color: A Statement from Youth on Record

Youth on Record supports the liberation of young people and the efforts of youth worldwide who are called to action to fight systemic oppression. We are here to value, honor, support and to defend you. We see you, and we're in this fight with you.

Yesterday, one of our former students wrote to us asking that we release a statement in support of youth.

Specifically, he wrote, “Youth on Record serves youth that are affected by systemic racism daily. As a non-profit serving the community, please go the extra mile and show the youth you support that you care and are here for them.”

This request highlighted the need for adult communities to stand in solidarity with our youth. Responding to the requests and outcries of youth is one way that Youth on Record fights oppression and centers youth voices. So, today we’ll begin a series of writings that seek to demonstrate how supporting young people of color is a way we can create deep and lasting change in our society. Some of the writings in this series will be from young people.

Working against racism, oppression, systemic white supremacy, and for black lives is something we were deeply committed to before George Floyd was murdered while in the custody of the Minneapolis Police Department. And it is something we’ll continue to work on as long as this national crisis continues.

Over the next few days and weeks, you’ll hear people argue over the validity of national protests and riots. We’re not going to do that.

Instead, we’re asking that you, people who experience racial and economic privilege, value the lives of black, indigenous, and children of color by supporting the schools they attend. You can do this by giving your time and your resources to these neighborhood schools, and by voting to increase funding for education services that support youth of color.

We’re asking that you honor the brilliance and resilience of black, indigenous, and teens of color by listening to and believing their stories about facing oppression and acts of racism. Share these stories with your friends and family, and advocate for changed hearts and changed policies. Our youth are telling the truth. It’s time we believe them.

We’re asking that you engage with the music and art young people create as a way of better understanding their stories, their cultures, their pain, their joys, and their identities.

Finally, we’re asking that you defend the lives of black, indigenous, and youth of color with all of the courage, conviction, and boldness you can muster. And then, we’re going to ask that you dig deeper, find more courage, and defend harder. You can do this by engaging in peaceful protests, voting for people who make anti-oppression and anti-racism a priority, demanding criminal justice reform and stronger police accountability, and/or by intervening if you see a young person of color being threatened, harassed, or mistreated. You can defend their lives by not remaining silent. Youth of color deserve more than to just survive.

Our young people mean the world to us. In turn, we, the Youth on Record team, will continue to fight to make this world worthy of them. We’re asking you to join us in the fight for their lives. 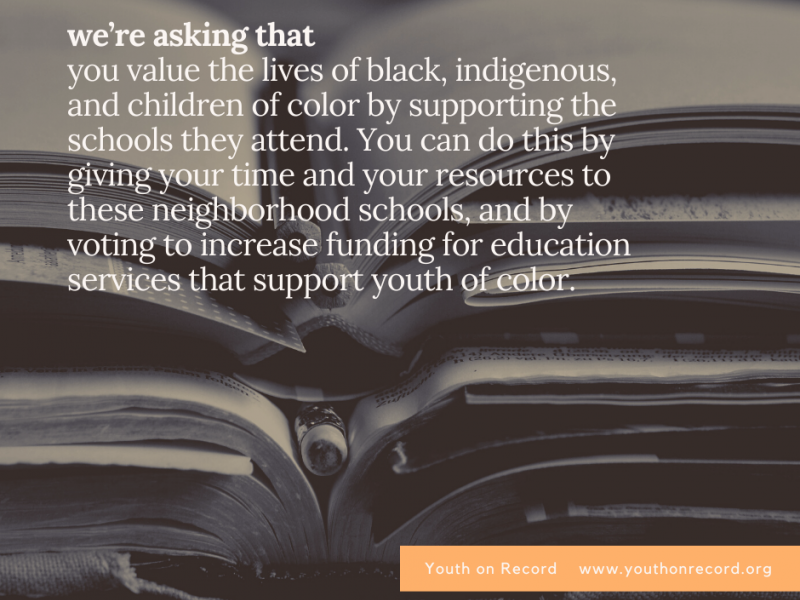 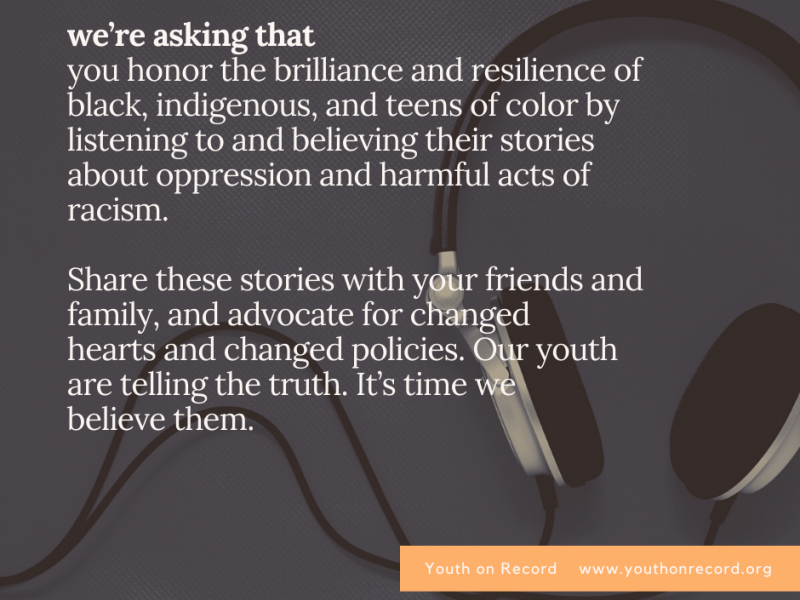 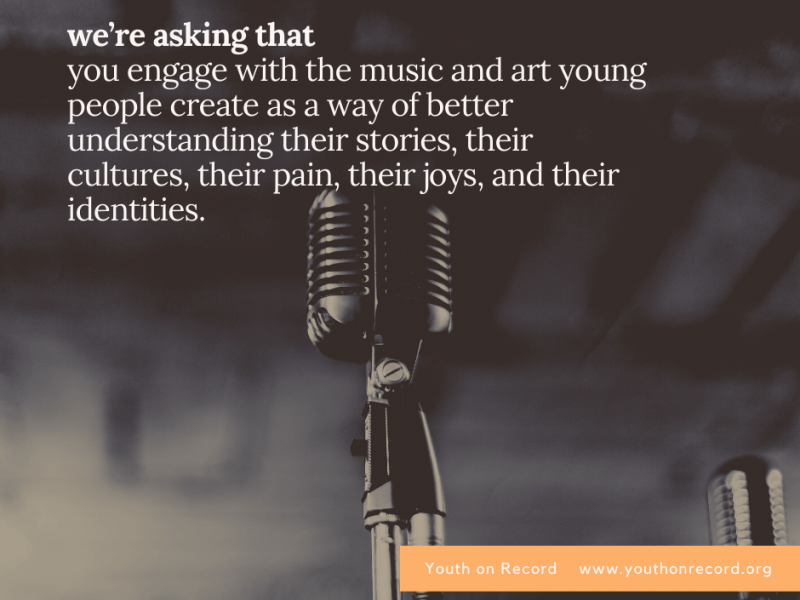 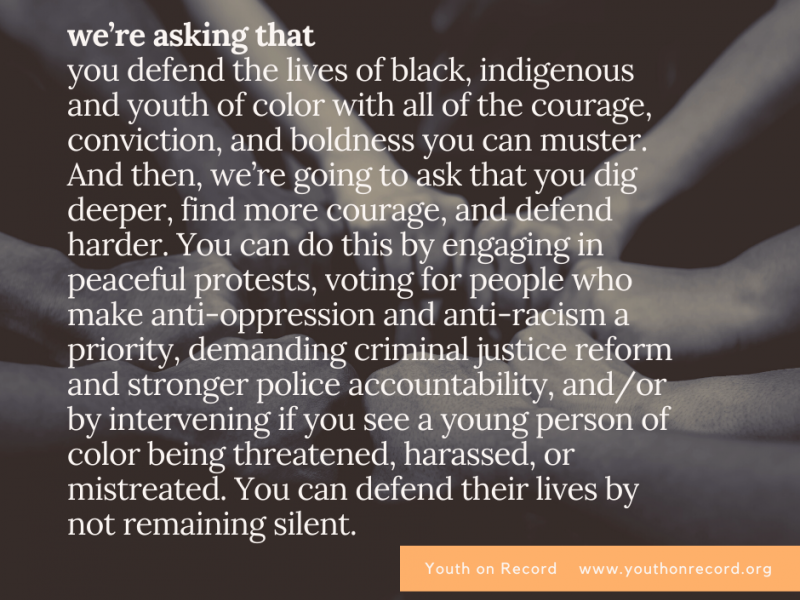