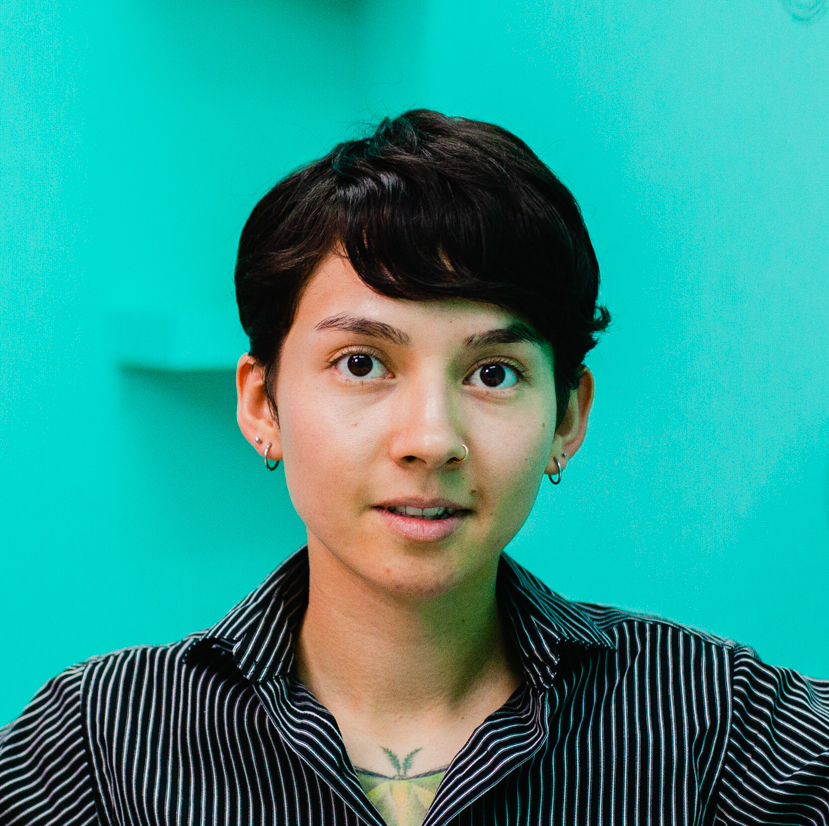 Mona [Monalicious ~ They /  Them] is an educator, musician, videographer and community leader from Denver, CO.

As a songwriter they balance humility with majesty.  As a native to Denver, they have grown with the city and have flourished in the arts community through their music and leadership.

Currently they write and perform alone and with their band (formerly known as Twin Flame Medicine). Their sound has been defined as sweet nectar soul juice. They have had the privilege of playing festivals such as ARISE, Underground Music Showcase, Tribal Vision, Shamanic Boom, and Sisterwinds.

Formerly, Mona wrote and performed in the band Flowers Of Mass Production, who received notable praise for their debut EP, Love Under The Sun. This album has been frequently featured on Colorado Public Radio’s OpenAir since 2015.

Aside from creating music, Mona is the founder and executive producer of a local community media company called FreeMusicForFreePeople (FM4FP), also known as FreePeopleTV, Free People Records and ‘the denver underground’. FM4FP additionally hosts immersive and creative events with the goal of fostering community. For more info about their upcoming events and latest videos, go to their website - FM4FP.com

Beyond Mona’s community efforts through FM4FP, they have been involved with many local projects and currently co-organizes for one of Denver’s music industry meet-ups called Balanced Breakfast (BB). BB is an international networking organization that strives to foster community in local and national music scenes.