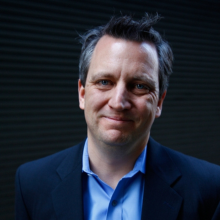 Youth on Record (YOR) is excited to announce that Michael Bracy will be joining the team in the role of Senior Advisor. As YOR’s Senior Advisor, Bracy will provide extensive industry expertise as the organization grows.

“When I met Michael almost a decade ago, I was in-awe of him. I’d never met someone with so much insight into music ecosystems, national legislation, government funding, and government institutions. ” said Jami Duffy, Executive Director. “Bracy has been a supporter and informal advisor to YOR for almost a decade. Formalizing this role with Youth on Record indicates how much we’ve grown–and where we’d like to be in the next ten years. He’s part of the team to help us get there.”

Part of that growth includes a desire on YOR’s part to work more closely with the State of Colorado and national lawmakers including Sens. Hickenlooper and Bennet, and Rep. DeGette and others on building more support for Creative Youth Development & Success, and support for building a musician middle class in Colorado and beyond. Bracy has worked at the intersections of public policy and music advocacy for over 20 years and can offer real support in these areas.

He is the co-founder of the Future of Music Coalition, a Washington D.C.-based nonprofit organization that works to support “a musical ecosystem where artists flourish and are compensated fairly and transparently for their work.” He is also co-owner of Misra, a Pittsburgh-based independent record label that seeks to equip talented artists with the tools and resources needed to grow. The label has released over 130 albums over the past 23 years.

In 2017, he co-founded the Music Policy Forum, a global networking and convening organization that aims to build stronger, more equitable and more resilient music ecosystems through building and maintaining meaningful collaborative networks and resource-sharing.

“One of the important aspects of my work at Bracy Tucker Brown is that we have unique insight into how policy gets made and programs are funded. Our clients include cities, transportation agencies, nonprofits, educational institutions and other organizations. This allows us to understand how to craft a policy agenda and all the tactics and strategies that can be used to implement these agendas. My partners and I will be exploring how Youth on Record’s long history of service overlaps with federal policy programs and priorities across the Federal government,” Bracy said.

Michael Bracy is also known for his policy work in front of Congress and the FCC, including media consolidation, radio regulation, and network neutrality.

About Youth on Record:

YOR recognizes that education alone can not solve for systemic injustice, nor can it, alone, liberate youth. Art is a powerful tool, but it also cannot bear the sole responsibility for creating more equitable communities. Still, education and art, when integrated under the right framework, are powerful tools toward liberation and equity.

YOR’s education, music, and community programs are designed to help young people become more free, more rooted in their personal power, and better able to thrive in spite of systems and circumstances that dis-empower and marginalize them.

YOR designs and implements strengths-based, music-centered programs intended to equip young people from historically under-resourced communities with the skills needed to find success in life–by advancing their academic success, increasing their economic opportunities and career skills, and strengthening their community connections and networks.