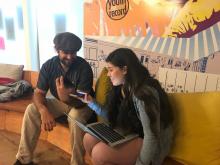 Summer Soiree partners up with Youth on Record

As the First Annual Summer Soiree approaches we decided to sit down with the organizers, David Lawrence and Kenny Nelson to learn more about why they chose Youth on Record and get to know them both a bit more. David is also a member of the band La Pompe Jazz.

David Lawrence - “We decided to partner with Youth on Record because we are a very  music centric based event production company. Since I am in a band, and Kenny is an awesome swing dancer our mission is pretty much to promote swing dance, so partnering with a music organization seemed like the best route for us and we’re really stoked about that.”

Kenny Nelson - “I would absolutely agree I’ve been looking to partner with a non-profit for a while and partnering with a very music focused organization that helps youth in the community made a great amount of sense. The communication between Andrea and David and I also made an impact.”

David Lawrence - “Well we didn’t know much about YOR at first but we had the opportunity to come and meet up with Andrea, toured the facility and learned more about the day to day hands on stuff and we realized the impact of Youth on Record.  I think the coolest thing is the outreach at schools that don’t have good music programs and you guys bring in instructors and actually do the hands on learning and stuff. I think that’s a great way to get kids involved and keep growing with their music.”

David Lawrence - “Yeah. Yeah, Andrea and I have talked about that a little bit,--I would definitely be interested in doing that, I am a guitarist and a singer and know about old Jazz and Blues. I don’t know how much the kids are into that these days or if they care to listen to that kind of stuff, but if they did, I’d love to come in and show some people some licks and some old tunes and share it with them.”

David Lawrence - “I mean I think we’re growing, hoprefully growing together, Youth on Record is awesome and they’re doing a lot for us. They’re helping us with getting volunteers for our event on July 15th, the Summer Soiree. They’ve been really helpful with talking to different sponsors for our event, marketing and stuff like that, and it's been really really fruitful so far, so we’re really excited about that.”

Kenny Nelson - "Music-driven if I’m allowed to use hyphens"

David Lawrence - "It’s important that non-profits like this exist because politicians and people that make big decisions don’t care about kids that are coming from underprivileged neighborhoods that want to do things that are quote on quote unessential. You know there’s a notion of what’s important and what's not important in education and the truth is that self expression and creativity are some of the most important things that you can do when you’re growing up.  You know it doesn’t fit in the role of what a politician or a superintendent thinks is valuable and that’s why we unfortunately have to have organizations like this. If we allocated the money and resources and energy into things the way they should be we probably wouldn’t have to have Youth on Record."

Kenny Nelson - "I cannot nearly be as thoughtful and David was but I definitely think that we need non-profits like Youth on Record to get into those areas that are underserved. As David was mentioning, the creative arts, but I also feel that certain groups of people aren’t always served the best way they could be but it also gives a sense of community and perhaps enhances community where people could get involved so it’s nice to have organizations where I could volunteer and be face to face with the community."

David Lawrence - "I would. think doing some dance with the students would be interesting. I am always curious what the level of interest people have. I know sometimes we go to events and it's a lot of older people that are interested in this and you I’m still pretty young--I just turned 30!-- I guess that’s not young to someone in high school but I mean I’ve been into old Jazz stuff for a long time. We play the Mercury Cafe and there are a few kids there that are awesome and I don’t know, it's a kind of music that permeated all kinds of genres Hip Hop and Rap and R&B, they are all core progressions of things that go back to the swing era and I think that a lot of people that are exposed to it for the first time like it and realize that’s really cool. I think it would be nice to pass it on to younger kids because this style needs young people to get involved with it or else it’s gonna keep getting to be a smaller sub-genre and not have the type of audience it deserves. I think it’s a beautiful classic kind of music that will hopefully be around for a very very long time."

Kenny Nelson - "Oh my, I would absolutely want to; I would be open to doing something at Youth on Record --I would like that."

David Lawrence - "Yeah, I know that La Pompe Jazz would be interested in performing here and getting to do a collaboration workshop. That would be cool."

David Lawrence - "I’m trying to think of like an old song."

Kenny Nelson - "Well, I’ll bend because I really like the first track of the second CD of Mary had a Little Band"

Kenny Nelson - "and it was really cool actually hearing that band at the Yelp event that Youth on Record collaborated with at the Fox Street Compound. I just walked in and had no idea that was them until the female vocalist kicked in."

David Lawrence - "I don't know. This doesn’t really make sense, but I’m just thinking Rage Against the Machine. I don’t know there’s something about this place that has like a really cool energy to it and it’s sorta like counter culture message and it's just trying to stand up for people expressing themselves whenever that looks like and whatever that means so..." 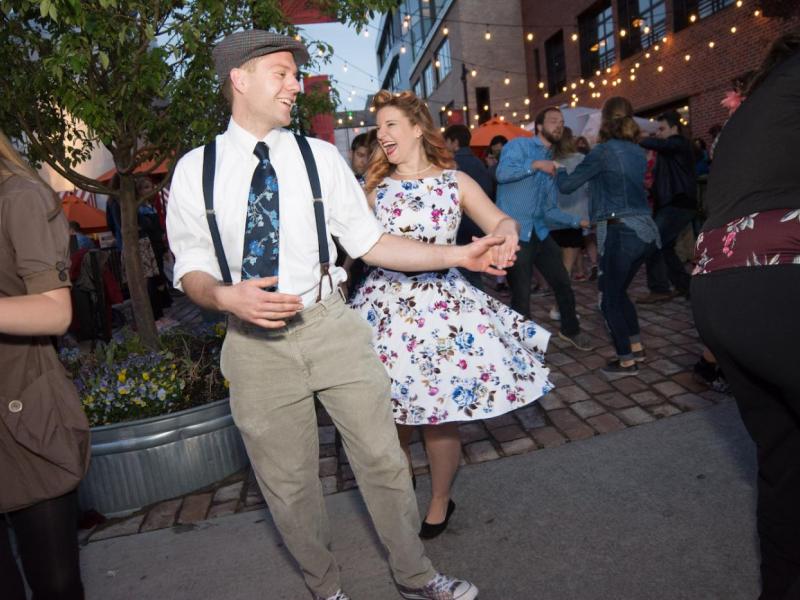 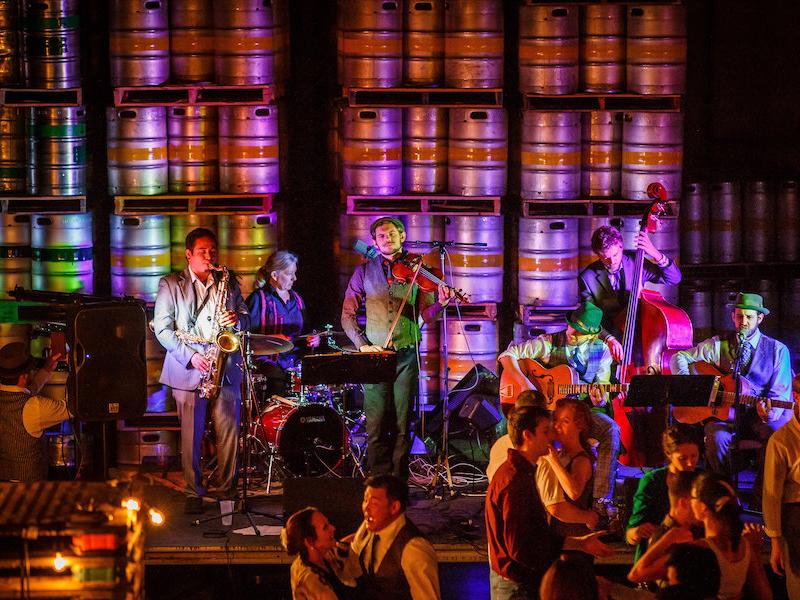