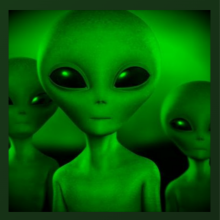 In 2019, I met Julian Almodovar (DJ Smooth Dangerous King) at Youth on Record.

When I was introduced to Julian, he and his mother expressed that it was hard for him to complete some of his musical projects because he didn’t have someone to rap or sing on them. His disability doesn’t allow him to communicate clearly, which poses an issue when he wants to write lyrics over his productions.

I've been working with him closely ever since.

Our first song together was called, "Nightmares." It discussed the realities Julian faces in his relationships with girls and the probability of him having his own children as a disabled person. He expressed his disgust with a girl who led him on, his sorrow around not having a mate to produce children with and his insecurities of being disabled. He produced the beat himself and presented me with the lyrics in which we revised to ensure proper cadence and flow together.

The next song we created was called, “Aliens." Julian had created a beat and a central plot around someone who thought they were human getting abducted by aliens in what they thought was a dream. The person later finds out that they were an alien the whole time and they are now home rather than in an unfamiliar place. I took the plot and the beat Julian presented and wrote 4 verses to fulfill the main events he wanted to touch on in the story.

The latest song we created is called “Mysterious Ways,” a tribute to the families and lives lost in the 2012 Century 16 shooting. This time around, Julian had lyrics ready to be workshopped and wanted to collaborate on the production. We workshopped his lyrics while simultaneously building the beat. Julian expressed that he was interested in real instrumentation for the beat, so I reached out to my network for a bass player, Cassie Cowan, and a Cello player, Bianca Mikahn, who also co-facilitates Open Lab, the platform Julian and I connect through via YOR.

In constant creation with Julian, I noticed the absence of an audience. So I set out to help him create branding materials for ‘Aliens’ and also got it played on Indie 102.3 thanks to DJ Alisha Sweeney.

Julian and I continue to work on projects whether that be creating a beat tag to identify his productions among others or adding crowd sound effects to a song he’s set a goal to make the Denver Broncos Intro someday.

The Julian and Jelie duo is still going strong.