Give the Gift of Music 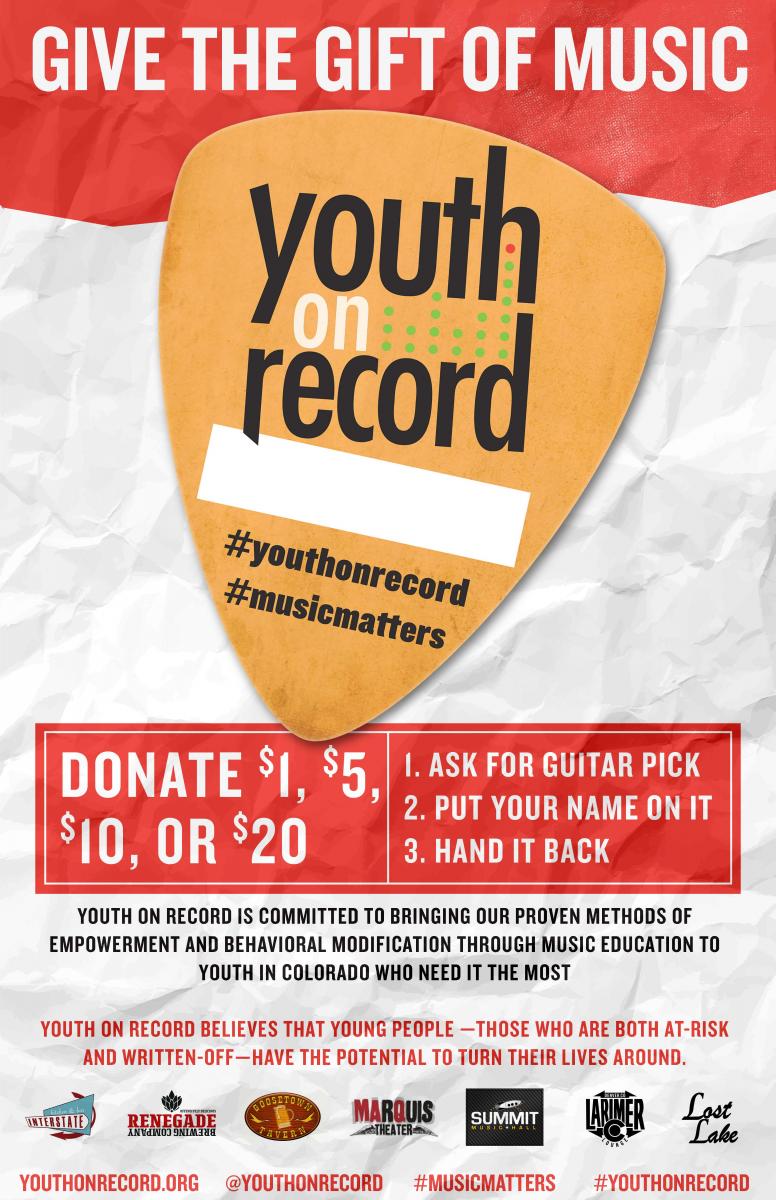 May
1
When
May 1st - May 31st
Organizer
Youth on Record

GIVE THE GIFT OF MUSIC WITH YOUTH ON RECORD

Youth on Record launched the Give the Gift of Music Campaign in December of 2015. Now round 3, seven local venues, bars and restaurants signed up for this month long campaign for the entire month of May. The Goal: Give the Gift of Music. From Venues like Lost Lake, Larimer Lounge, The Marquis Theater and Summit Music Hall, to the non-traditional venues like Goosetown Tavern, music lovers and patrons can make a donation at the bar, receive a paper guitar pick, write their name on it and it will be hung behind the bar or stage for the entire month. You can also grab a bite to eat or a tasty beverage at Interstate Kitchen and Bar or Renegade Brewing.  All seven of these local businesses have committed to support Youth on Record and Give the Gift of Music this May. The Business who raises the most money will receive a Table of 4 at the Real Rock Star Awards Gala on September 29th, 2016.

Youth on Record is running this campaign coinciding with the Youth on Record Day Album Release Block Party, and the YOR Individual Donor Campaign. This is a true grassroots campaign, anyone can participate, and it only takes $1. The goal is simple; continue to fuel our programming for Colorado’s most resilient teens.