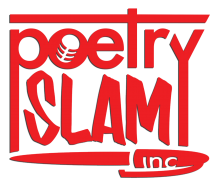 The National Poetry Slam is the annual poetry slam championship tournament, wherein four-to five-person teams from all over North America gather to compete against each other for the national team title. The weeklong festival is part championship tournament, part poetry summer camp, and part traveling exhibition. NPS is the largest performance poetry event in the world, and will be the largest poetry slam event that Colorado has ever seen.

A competitive performance-poetry movement born in Chicago in the mid-80s, poetry slam has become one of the fastest-growing art forms in the world.  A poetry slam is essentially a poetry competition where individuals or teams deliver an original poem in front of an audience, from which five random judges are selected. Each judge scores the poem on content, originality and performance with a score from 0-10 with 1 decimal point – yes, like the Olympics! The team with the highest cumulative score from all team members and rounds wins the bout.

At the National Poetry Slam, 72 nationally ranked teams converge on a city bringing thousands of participants, fans and volunteers. Each team will compete at least twice, against 3 other teams. Scores are calculated across the tournament, and at the end of the third night we know who will move on to Semi-Finals and Group Piece Finals. After four Semi-Finals bouts, we take the winner of each to move on to Finals, from which the champions are chosen. The prize for winning is giant sword-through-a-stack-of-books trophy along with a cash award. And more importantly, bragging rights.

With the 2017 festival coming to Denver, our goals are to further solidify Denver as a national hub of arts and culture, to promote a welcoming and celebratory space for spoken word performers from throughout North America, and to increase the ever-growing fan base of poetry slam by reaching new audiences.  The poetry slam community is one of the most inclusive and diverse communities in the world, offering a stage to voices from many different backgrounds, and the community is growing every day.  The membership of Poetry Slam, Inc. has nearly doubled in the last three years, and slam poetry events worldwide reach an online audience of millions.  The poets at the National Poetry Slam have all competed to get there, and many are among the most well known performing poets in North America.

The Denver planning committee is currently seeking partners to provide sponsorships, grants, and donations to help make NPS Denver the best one yet!  With important partners like the Bonfils-Stanton Foundation already on board, we know that we can make this an unforgettably beautiful event.

The National Poetry Slam is a great opportunity to connect Denver’s arts and business communities to show our visitors the best that the Mile High City has to offer.  With a solid week of events that are open to the public, the National Poetry Slam offers workshops, themed open mics, and poetry slam events, using multiple venues all day and night. From libraries and museums to bars, clubs, and performance halls, NPS brings people into many different kinds of venues to showcase the best of Denver.   In addition to the tournament, the event offers expert workshops and side events including the Haiku Slam, Nerd Slam, open mics that celebrate identity, and many other inclusive and welcoming performance spaces present opportunities for the local community of writers and audiences to participate.

Events will take place in downtown Denver and Five Points, along the Welton Street Corridor. Our day events will include writing workshops led by experts from all over the United States, a haiku competition, and a series of themed open mics and poetry slams that will be open to the public.  The tournament kicks off on Tuesday, August 8 and six venues simultaneously, and will culminate in the final night of competition on Saturday, August 12, 2017 at the Paramount Theater.  Tickets will be available in December 2016.