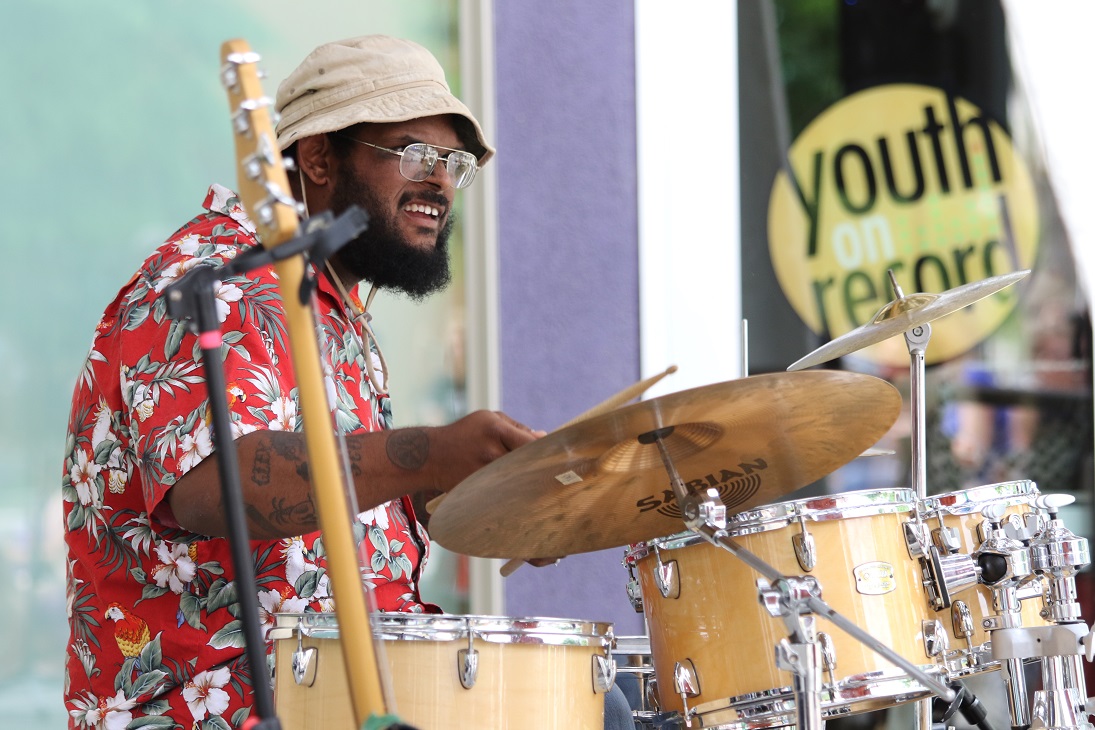 Devin Urioste also known as Mace Windu, is a local Denver MC, producer, and visual artist Mace Windu. Mace, being in his early Twenty’s, has been roaming this city spreading his creative talents amongst various DPS schools, the University of Denver, Anythink libraries, and most importantly Youth on Record. Mace was born April 16th, 1994, and was raised in Denver, CO. Besides being an educator at such a young age this dude can spit. Although this man is a producer, Mace is also a musician, his main interest is being a master of ceremonies. Mace Windu has played multiple shows in Denver and has shared the stage with artists such as Imagine Dragons (Kendrick ain’t the only one), the Reminders, and all the local musicians and partner artists of Youth on Record. Mace has an unbreakable connection to his community through local b-boy scene, graffiti, music, or skateboarding you can catch this dude anywhere amongst his people in Denver.